(One of the best ways to counter Islamophobia is to get involved in the civic engagement process. There are several models of Masjids and Muslim organizations around the country where Muslims are positively engaged in the civil process and have good relations with their local elected officials and interfaith leaders. It is very important to build a strong relationship with local elected officials in order to have our voices heard in the decision making process. Following is an article sent to us by Dar Al-Noor Masjid (MAV) in Manassas, VA, who are very active and engaged in the political process and have an effective model that can be replicated by other masjids and Muslim organizations in the U.S.)

By Muslim Association of Virginia (MAV) 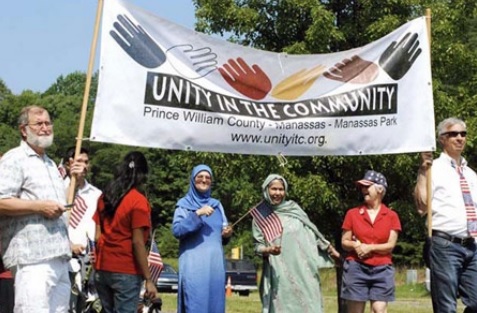 Civic engagement for America’s Masajid could not be more crucial than now. America is facing challenges that can only be overcome by propelling the voices of reason into public and civic life and driving the voices of bigotry and closed- mindedness out of the public spotlight. We are facing the public rise of anti-Islamic sentiment while some of the country’s political leadership, both at home and in Washington, D.C., have become detached from reality. Consequently, the safety and security of our families has become a growing concern for everyone. Muslim-Americans must engage in the civic arena in order to ensure, by Allah’s permission and will, that we construct the America we want for ourselves and for our children.

With civic engagement, your Masjid will have a voice in government decisions both big and small; your Masjid can achieve solutions for issues in the community; and your Masjid can ensure social justice and equality for all – with Allah’s guidance and help.

Muslim-Americans’ civic engagement with their communities and our participation in the political process is a mutually beneficial affair. Engaging with our elected and public officials guarantees that the voice of Muslim-Americans is heard, especially on topics as defining aspects of Islam, countering terrorism and violence in our communities, and finding sensible solutions to community issues.

Muslim Association of Virginia (MAV) has, in fact, been active in the civic arena for some 16 years now. El-hamdu li-lAah, MAV has been successful in achieving major accomplishments for our community including successful defeat of the anti-Sharia Law Bill in the Virginia congress, the introduction and passing of the first state Halal Bill in Virginia to regulate the labeling, identification, and sale of Halal products, lobbying for legislation granting students a religious holiday for Eid, and active voter registration, including registering over 200 voters during the 2016 Ramadan month.

MAV has identified some crucial steps and activities in a successful civic engagement program. MAV encourages all Masajid and Muslim organizations to develop their own specific civic engagement program, joining with us and other Muslim entities in the civic arena. Of course, we are excited and available to assist you and your Masjid in this endeavor.

Some of the steps and activities include:

Voter registration – Your primary leverage with elected officials is demonstrating that you represent a large group of voters. In order to effectively represent your Masjid, you must ensure that its members are registered to vote. There are two ways to accomplish this goal: (1) your Masjid can setup its own voter registration team with registration tables at Jumu’ah prayers; or (2) you can bring in an outside organization that focuses on getting voters registered. New Virginia Majority and League of Women Voters are two organizations that have established themselves as reliable partners for getting voters registered in Northern Virginia.

Provide a Forum for Community Engagement – The Masjid is a perfect space for school board meetings, town halls, and debates between local, regional, and even national candidates. Not only does this benefit your community by bringing the information directly to your Masjid but this allows some members of the community an opportunity to set foot inside a Masjid for the first time in their life. That opportunity to introduce community members of other faiths to your Masjid and their Muslim neighbors is critical to the success of your civic engagement program.

Assist Homeless Shelters – Show your community how vital charity is in Islam. Assist with food drives, finding shelter for families in need, and helping to combat hypothermia and heat exhaustion (during periods of inclement weather) for the elderly and needy. Your involvement in charity outside the Masjid demonstrates that you are dedicated to improving the community and, more importantly, that we care about our fellow citizens, whether or not they are Muslims.

Participate in Public Events – Announce public events like parades and 4th of July celebrations at your Masjid and encourage attendance. If possible, provide transportation to such events to ensure turnout and that your community supports these events as a unified group. The more the wider community interacts with the members of your Masjid, the more successful your civic engagement program can, and will be, insha’Allah. 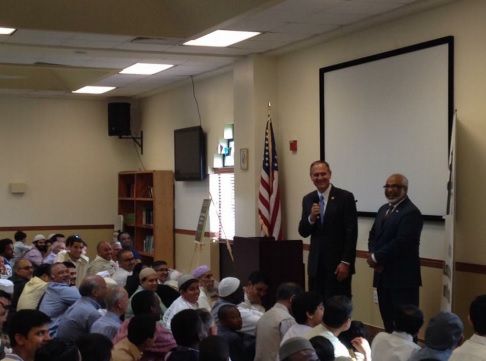 Offer Elected Officials Speaking Time During Jumu’ah and Eid Prayers – Invite local, state, and federal elected officials and candidates to speak at your Masjid. This benefits your Masjid in the following ways: 1) gives your members an opportunity to hear directly from officials and candidates, and 2) offers an opportunity for your members to speak directly to their elected officials, asking questions to learn where that official stands on important issues. Set aside time (approximately 10-15 minutes) before the start of prayers to allow elected officials to speak to your community (for those officials who did not get to speak, acknowledge them and their attendance). It is vital that you make every effort to invite all candidates who are running for an elected office, regardless of party affiliation. Ensure that you are keeping a record of those invitations so that the non-profit status of your Masjid is protected and not placed in legal jeopardy.

Support Sensible Elected Officials Regardless of Party Affiliation – Do not engage with only one side of the political spectrum. Not every issue your Masjid encounters will be a shared concern of the major political party you (may) typically affiliate with. There are sensible elected officials in every party and it is important to have the ability to speak with them and raise issues regardless of their political affiliation.

Work Towards Common Goals – When you engage an elected official, work towards achieving common goals rather than debating divisive issues. Your Masjid’s civic engagement program cannot solve every issue; identify what issues are feasible for that elected official to accomplish and focus on those. Aggressively pursuing issues that the elected official is strongly opposed to, or where a resolution cannot be achieved, will usually result in little being achieved and will perhaps cause bad relations; choose your battles carefully.

Know your Strengths and Abilities – If you know you have large numerical or widespread support in the community – and can demonstrate or document it – strategically and tactically let officials know. Do not be hostile or overbearing if avoidable. Do not grossly exaggerate your capabilities and strengths. Accentuate your good relations with other elected officials who support your position(s) and who may be allies to the particular official you are meeting with. Be organized in your presentations, making sure to highlight the key objectives or issues on your list.

Interfaith Engagement – Reach out to other faith organizations in your area and work with them in all aspects of your civic engagement program. They likely already have some practices established and many faith organizations will share similar values. Remember, the more unity, the better!

Promote on Social Media – Remember that most Americans get their news and social views from what is on their social media feeds. Promote your Masjid and community events on social media and connect with other local organizations and your community.

Determine the Intentions of Who You Engage With – There are three reasons why another organization or an elected official is engaging with your Masjid. 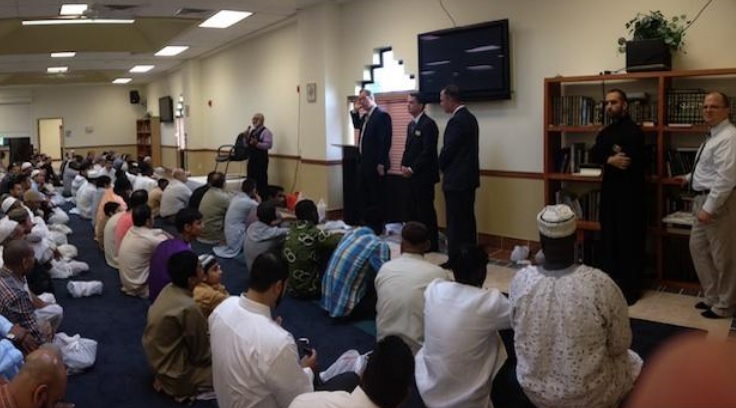 Know what to expect out those your Masjid engages with and focus your efforts on those who can produce positive results.

REMEMBER: In order for 501(c)(3) organizations to participate in civic political engagement, they must invite all candidates who are involved in an election and they must announce that they do not endorse or oppose any candidate.